With seven people crammed into a public taxi reversing slowly on a dual carriageway, without proper brakes, shock absorbers and lights. Yes! Then you know you're back in the Dominican Republic. Just before this we were in a traffic jam caused by a protest march of residents from Montellano.

No driver would think of disrupting this, because they have stones and large machetes in their hands. But everyone remained calm and nothing occurred. I was on my way to Tania in Puerto Plata, to go to the school where there are now eight children who 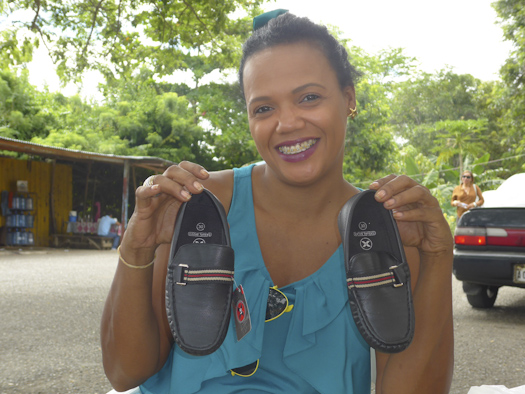 There is a good chance that the Dutch Colour4kids foundation is going to help the same school with the construction of two new classrooms, a little office, toilets, and a canteen. This will be an extension of the existing school building. Although our foundation is not involved in the construction, I have gathered a lot of information from those involved with the school for Colour4kids, so that they can start work. I find it rewarding to do my bit in this way for the education of the children.

Together with Dave I visited our project in Camu again. We received a beautiful basket of fruit, and lots of drawings and paintings that the children had made. Dave and I were surprised by the quantity and the beautiful pictures. Janet told us that the other children, who we support via the Sosua Kids Association, are also doing well. 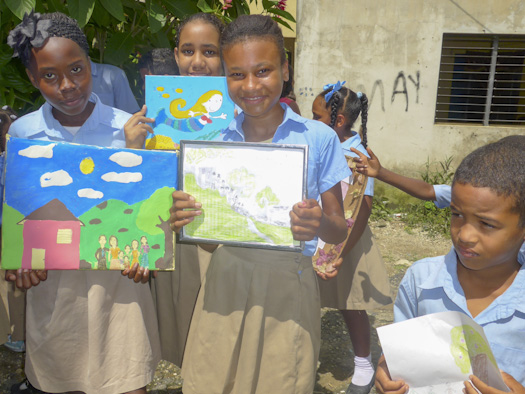 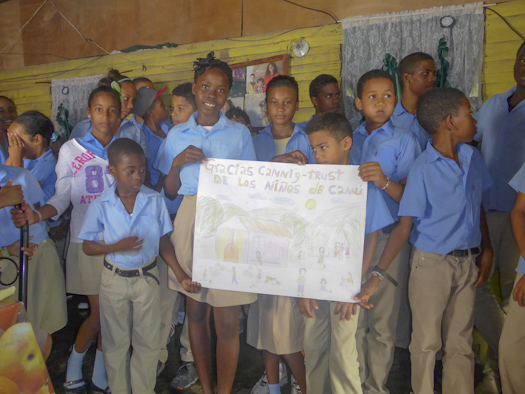 More good news from the Colegio Asher. The Samaritans from Canada are going to build an enormous school building for the Colegio, close to their currently poor accommodation in El Batey de la Union. Eventually there will be a complete school and all the 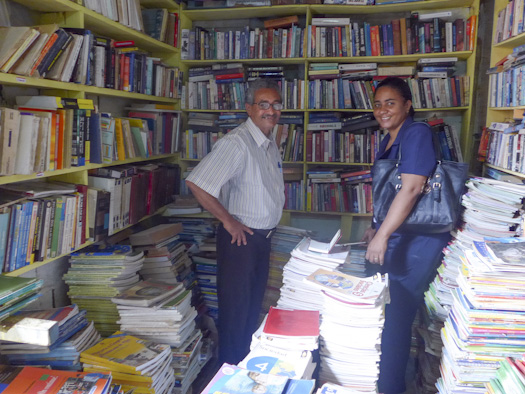 required subjects can be taught, because there will be a fully equipped physics and chemistry classroom that they currently do not have. There will also be a large vegetable garden and chickens will be kept.

The construction work for this new school is completely separate from the technical school under construction for the Colegio Asher in La Union by another group of Canadians. Thus there will eventually be a primary school, secondary education and practical lessons that the children can follow in sequence. A wonderful project, therefore, which we are achieving together.
Despite this tremendous help, Judith assured me that our contributions to teachers’ salaries and school materials will still be desperately needed. When the buildings are finally finished, they must not be empty due to lack of money for teachers. Recently, the Dominican government significantly increased the salaries for the teachers in the public schools. If the salaries of the teachers at the Colegio Asher remain significantly lower, this will eventually lead to teachers leaving and we must avoid this. Ultimately it is actually these teachers, carers and cooks who receive the children and give them a sense of human dignity and existence. 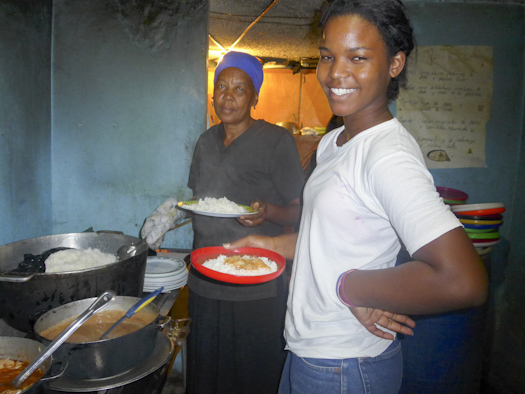 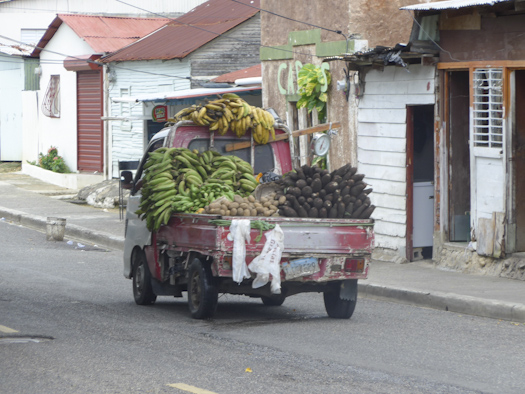